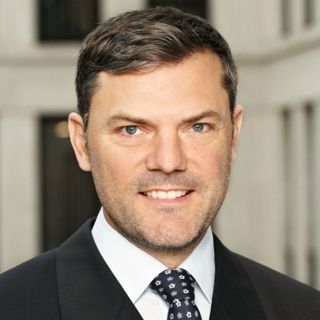 Frank has over 20 years of competition experience. Before joining ABC economics, he was Head of European Competition Economics at NERA, Berlin, for over 7 years where he led over 120 competition and regulatory cases for various clients. His experience also includes over 8 years as senior official in DG Competition, Brussels, dealing with many merger and in particular also Article 102 cases and over two years at the OECD Competition Division, Paris.

His experience covers all sectors and all areas of competition and regulatory economics, notably competitive effects of mergers, cartels, quantification of damage, abuse of dominance and state aid, as well as vertical and horizontal restraints. He has acted as economic expert witness in front of national and international arbitration tribunals, the European courts and EU Member State courts.

He has worked on a wide range of competition and regulatory matters including large national or EU-level merger cases such as the GE/Alstom transaction considered “Merger Control Matter of the Year 2015” by Global Competition Review, abuse of dominance and horizontal cases in front of the European Commission or national authorities and worked on some of the largest damages claims in the EU. In addition, he and his team worked on various state aid and vertical cases as well as national merger cases such as Reckitt Benckiser/KY in front of the CMA or cases in front of the Bundeskartellamt or the Autorité de la Concurrence.

Frank is Full Professor in the Department of Economics and Quantitative Methods at the IÉSEG School of Management Paris and the Université Catholique de Lille, and a member of LEM-CNRS, the French Centre National de la Recherche Scientifique. He previously held academic positions at the Max Planck Institute in Bonn, Germany, the University of Bonn, Germany, at Indiana University Bloomington and at the University of California, Berkeley in the United States.

As Senior Economist at the European Commission, he was responsible for the review and scrutiny of hundreds of antitrust and merger decisions, the peer review panels and the sector inquiry framework. In that function he also coordinated the sector inquiries into financial services, energy, and pharmaceuticals. He led among the largest European Commission inspection teams comprised also of members of the French, German, and UK authorities on dawn raids and was involved in cases such as ENI, Intel, Prokent/Tomra, Réel/Alcan Pechiney, MasterCard, Oracle/PeopleSoft, and Sony/BMG. He appeared on behalf of the European Commission at numerous conferences, presenting for example the Review of Article 102 for the European Commission at the 2006 ABA Fall meetings in the plenary session, in case hearings, and before the European courts. As a Senior Economist in the Policy and Decision Scrutiny Directorate, he was involved in the review of Article 102, the project group on services of general economic interest laying the foundations for a more economic approach in state aid control and was the responsible economist in the early phases of the damages claims initiative. He also repeatedly gave internal trainings for lawyers and economists both at DG Competition but also at national competition authorities.

Frank Maier-Rigaud was also Senior Economist at the Competition Division of the Organisation for Economic Co-operation and Development (OECD) where he oversaw the Working Party on Competition and Regulation, the tri-annual meetings of OECD member and observer country competition authorities on technical economic and regulatory competition issues. In that function he authored several OECD background papers for example on market definition (joint with Prof. Ulrich Schwalbe) and on excessive prices. He also worked on subsidies and state aid and held responsibility for the OECD Competition Assessment Toolkit. His work comprised presentations and one-week training sessions at various competition authorities across Asia and Europe.

A native German and French speaker, he is also fluent in English.